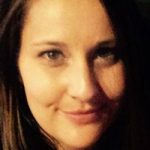 Krystel Bell recently became a Regulatory Program Manager at the Headquarters of the U.S. Army Corps of Engineers in Washington, D.C. Prior to this, she served as Mitigation Banking Specialist for the Sacramento District of the U.S. Army Corps of Engineers where she chaired the Interagency Review Team for multiple mitigation banks and in-lieu fee programs and worked on several of the District’s most complex regulatory actions since 2009. Prior to working for the Sacramento District, Ms. Bell worked as an environmental consultant and acted as a local representative for a County‐ level environmental program. Ms. Bell has extensive knowledge of how Regulatory decisions can affect developers, conservationists, and the general public. Her ability to communicate effectively with applicants, the public, federal, state and local agencies, and peers in the regulatory community has led to productive collaborative approaches in resolution of complex regulatory issues.